"Sophie Scholl – the final days” is a movie about a German girl who was a valiant student activist against the Nazi Germany. This movie is unlike Schindler’s list in that there isn’t any atrocity portrayed on the screen. The extravagant bright red Nazi flag looming in the background depicts the blood bathed Nazi regime effortlessly. Even though the movie title has the words ‘the final days’ I was gripped by fear for Sophie’s safety while I witnessed Sophie’s defiance to the Gestapo. How did she find the courage to stand for her convictions in the most treacherous of times?

When I am confronted with movie depiction of idealistic revolutionaries such as Sophie, I always suspect that there may be biased glorification of the heroic character. Thoughts like how could anyone know what Sophie said to the Nazi interrogators? ...and such. It turns out that the movie script is based on sources such as original interrogation records, video footage of “people’s court” proceedings by the judge Roland Freisler and interview with the surviving members of the White Rose and Scholl family. So when you hear Sophie talk in the movie, those are her words and not the screenwriter’s twist of imagination. The knowledge that this movie is closely if not exactly based on a true story makes it overbearing to watch at times.

The events depicted in the movie happened about 50 years ago but the debates that transpire between Sophie and the Gestapo are (strikingly) reminiscent of current state of affairs. According to the Gestapo, speaking out against Hitler’s war was commensurate with not supporting the troops and deemed unpatriotic. Ring any bells?

The only complaint I have about this movie is that it sort of pitches the idea of religious righteousness (in form of Sophie) against immoral atheism (synonymous to Hitler’s regime). Sophie was a God fearing protestant but from her words it is clear that her fight was for freedom of thought and speech and not out of religious fervor. At the young age of 21 it was understandable if Sophie turned to God for strength and hope. So the movie made me cringe in the aspect that this movie (intentionally or not) fuels the idea that atheism leads to immorality.

Over all I loved the movie for its simplicity and realistic depiction of a heroic woman.
at Thursday, May 31, 2007 7 comments:

Long long ago…in the year 2002 to be exact…I watched a movie about a little girl, who lived in a well…and possibly in a videotape…sounds ludicrous? It sure does now but when I first watched it, The Ring freaked me out. (I swore that I will never watch Ringu so don’t even bother). I still haven’t figured out why it freaked me out so much because usually I crack up when I watch horror movies (exorcist included). But there was something about Samara…and her weird creepy crawl.
I was living alone then…so that didn’t help a bit. I spend that weekend being jumpy every time the phone rang. Then there was the fear that Samara might crawl out of my TV (I know, hysterical!). The bravest thing was taking a shower ‘coz we all know that a woman in the shower is a standard cue for ghosts to make an appearance.
So it is no surprise that Samara is my all time favorite ghost. So here be my Samara inspired photo shoot…Njaay! 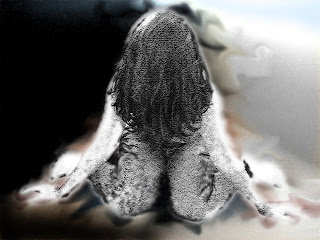 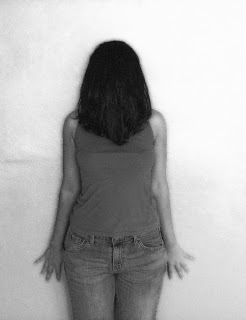 The person who recommends Scarface is a sadistic bastard.

No new lovable side kicks and a medi-ogre plot made Shrek 3 a dull watch.

John Lasseter ran out of gas in Cars, the most under-whelming Pixar movie I have ever watched.

Released in January 2007 and already on DVD, Freedom writers is a too good to be true sort of movie about a teacher who forever changes the lives of her students (who are trapped in a world of gang wars and racism). The movie brushes cynicism aside and leaves you astounded (and running to the bookstore) when you learn that it is in fact based on “the freedom writers diaries” ….a true story.

The Gulf War memoirs of a jarhead tell a disheartening tale of a US marine… a true story.

Not guilty but charged 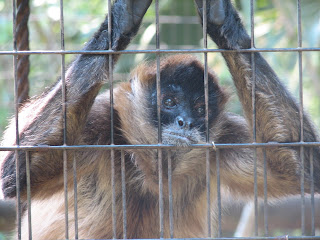 A trip to the alligator farm

Ladies and gentlemen, I present to you Maximo the saltwater crocodile. 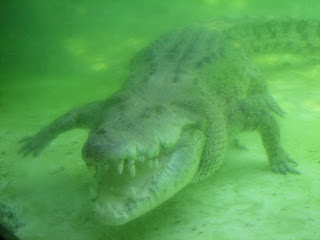 If you see him headed your way in the wild, you are probably in for a bone crushing bite, exerting a pressure of up to 3000 psi (compared to 350 psi of shark bite)…ouch! But don’t worry, he will pose and grin widely for you to take photos if you visit him in the Alligator Farm . He was born in 1971 so that makes him about 35 years old (don’t know when his birthday is). He is 15 feet 3 inches long so get the wide angle lens ready if you want to take a photo. Here is a video of Maximo swimming around that I shot:

You probably figured out from his accent that he is Australian. For most of his life he lived in Australia and has been in two serious relationships. He met his current girlfriend ‘Sydney’ in…no not Sydney but Cairns. Here is a photo of Maximo and Sydney. 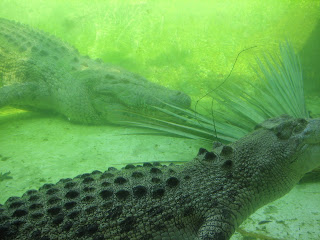 She weighs only 200 pounds compared to the scale breaking 1250 pound Maximo. The couple traveled all the way to America in 2003. It was a very stressful time for them with the air travel, culture shock, time difference and climate change. Poor Sydney was pregnant during this journey and could not handle the stress of all the traveling. It took a toll on Sydney and she decided against having the babies. She laid the eggs in the water (instead of land) which is as good as drowning the babies if the eggs are not removed from the water within 24 hours. However, in August 2005, Sydney was prepared to be a mom. She laid 35 eggs out of which 18 were ‘borrowed’ from her by the zoo keepers for safe keeping. From the 18 eggs, 8 were chosen to be male and 10 were chosen to be female. It is a simple trick, choosing an incubation temperature of 31.6 C for eggs results in males and a lower temperature (don’t know exact temp.) results in females. So Maximo is a proud dad of at least 18 kids who were born in August. I am not entirely sure about what happened to the eggs that were left with the couple.

But enough about Maximo…there is so much to see in the Alligator Farm. There is one exhibit called the alligator lagoon. It is very unnerving to watch some 50 alligators lounging no more than a couple of feet away from you. The only thing between you and the gators is a 3 feet tall fence. Irrational fears of gators climbing over each other to make an escape gripped me. I was amazed to discover how intelligent these creatures are. I guess being humans we grossly underestimate most of the creatures we share the planet with. How smart could they be if they can be easily poached to end up as fashion accessories? I know, Steve Irwin probably turned in his grave. I would watch Crocodile Hunter once in awhile and think Steve was crazy. I mean I appreciated his love for animals and his efforts he put to protect them but I could never call these creatures beautiful and amazing even after watching the honest admiration for them in Steve’s eyes. They were always these giant lizards that I’d rather not think about…let alone admire.

I stood there watching these gators and I realized how unnerving they really are in person. Then it was time for a show called “Realm of the Alligator” and this guy casually walked into the pit. There were gators all over the place and he was calmly giving us information about these creatures standing amongst them like they were rabbits. Here is a video I took:

You can hear the nervous spectators in the background. It was unbelievable that he was giving commands like they were dogs and they were following his commands. He called for Polly the croc, to come across the pit to him and only Polly did exactly that! It was amazing. I always thought that reptilian brains were too small to be trained like that.

All and all I left the alligator farm amazed, respecting these giant reptiles more than I ever did. If you ever get a chance to visit an alligator farm, you should definitely make some time for it. The St. Augustine Alligator Farm in Florida is particularly amazing (although that’s the only one I have visited). According to their pamphlet, it is the only zoo with all the 23 crocodilian species including the recently (1990s) discovered albino crocodiles.